You are here: Home / Tournament / Introduction 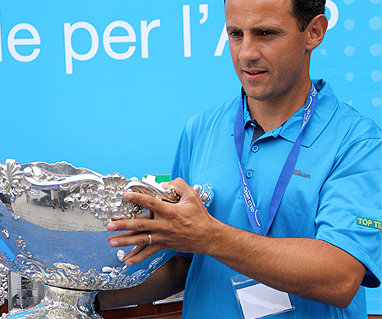 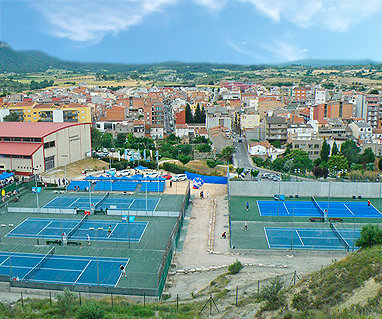 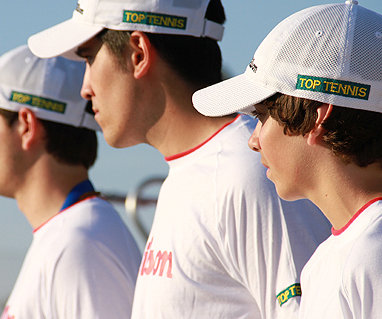 With the creation in 2018 of Top Tennis, the new center of training and high performance tennis, specialized in women's tennis, the Arcadi Manchón tournament makes an important change this year. The competition focuses, for the first time after eight years, on female tennis. During the last 8 years it has been a men's tournament scoring for the ATP, but from now on it is going to be a women's tournament scoring for the WTA. In addition, the prize of $15,000 (men’s tournament) of the last years, will be $ 25,000 for our women’s tournament.

The reason for the new type of tournament is linked to the new Top Tennis project that aims to train players for the High Competition, offering programs and services adapted to each age and level.

The ninth edition of the Arcadi Manchón tournament will be held from May 27 to June 2, on the courts of the Montbui Tennis Club.

Players coming from all countries will landing on the CT Montbui with the aims of showing their talent, climbing in the WTA ranking, and competing at the finals of the tournament, in addition to the prize money (25,000 dollars).

During the competition, we organize other activities such as speeches, presentations, tennis days on the street and clinics with future stars of the tennis elite, among many other activities. In addition, the Montbui Tennis Club hosts sponsoring stands, where the technical staff offers information about the tournament and other topics related to the tennis world.

In 1994 a group of friends who really enjoyed tennis , decided to create the Montbui Tennis Club, which currently has got a total of 385 members, a tennis school with over 350 students, five head courts and a club. During ten days a major competition takes place in Club Tennis Montbui. The different rooms of the center host the tournament activities: conferences, round tables, presentations ... and the club is the meeting point for players, families and the public in general. In addition, around the club there are some stands for sponsors and also a place to provide the technical information on the tournament and / or other topics related to the world of tennis.

The school TOP TENNIS is a sports center dedicated to training and improvement of the sport of tennis, but it also trains their students in values. Part of the activity of our school concentrates on promoting the sport qualities which are also necessary for personal growth and daily life such as the ability to sacrifice, humility, respecting the effort ...

TOP TENNIS, the tennis school teaches a wide variety of people: adult groups, private lessons, children and young people from 4 years old, physically or mentally disabled, mentally ... We have got all the resources to solve all the needs of the players. We can even provide scholarships to some really good American universities. TOP TENNIS manages the school of the Montbui Tennis Club. Thus, the professional coaches of TOP TENNIS and the Montbui Tennis Club are a great team.